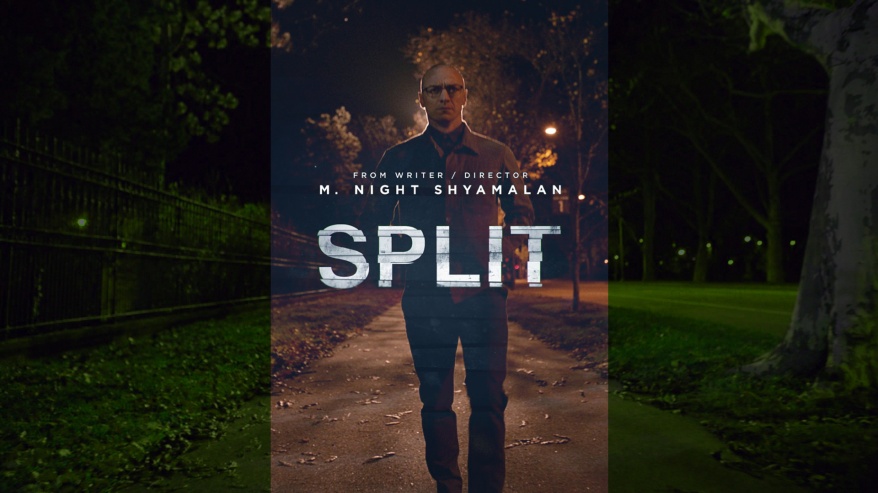 Three girls are kidnapped by a man with 23 personalities. They have to figure out a way to escape before a terrifying 24th identity evolves.

As usual with M. Night Shyamalan’s movies, the trailer seems intriguing and very tense. When I realized that the movie has another PG-13 rating I expected a tragedy like the ones we had to witness ever since Signs. I can’t wrap my head around the fact that all of his movies are based on such amazing ideas but fall so flat due to bad endings or a dull execution.

Split is definitely a great comeback, and while I don’t think the movie itself deserves as much praise as it has gotten ever since it came out, I think James McAvoy deserves credit for his great performance. He really makes this movie a true gem.

It starts off as a creepy thriller, then slowly turns into a drama which wasn’t bad, however, it simply cannot be labeled as horror because… well it’s not. PG-13 movies are always toned down and cant live up to their full potential which was also the case here. Unfortunately the hunger for bigger sales always wins.

The story is solid but drags a little her and there. The script itself seems lazy at times, and I got the feeling we had too many unnecessary dialogues that didn’t show any character development. McAvoy’s psychiatrist, played by Betty Buckey, seemed so clueless, and despite her suspicions that something might be getting out of control, she didn’t contact anyone for help. It almost seemed like she was only placed in the movie so the audience understands that the protagonist has split personalities. Besides that, she really didn’t bring any significance, except her silly actions.

On top of that the mind blowing twist everyone is talking about might not be that significant to people who are not familiar with Shyamalan’s previous movies, and some might even have to read up on this twist and what it actually means.

Split is an entertaining movie that definitely needed an R rating and a talented writer, who could help Mr.Shyamalan to take his great ideas to the next level.

I will follow and support Shyamalan’s work because deep down I hope that one day he will release a super creepy R-Rated Horror movie that will leave us all speechless.