Sex Tape (2014) – Expect Nothing and You’ll be pleasantly Surprised 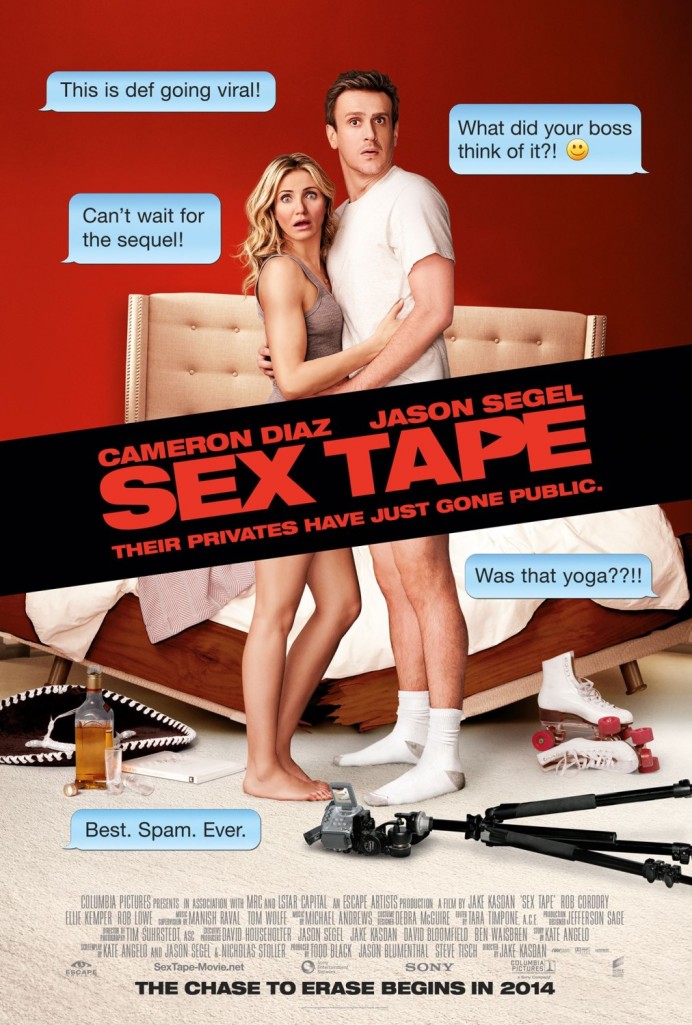 Long Story Short:
A married couple wants to spice up their sex life and records a sex tape that is supposed to be just for them, but instead it gets accidentally uploaded to all their friends’ devices.

Review:
Okay, let’s be honest, who actually expected something unexpectedly new and refreshing from this movie? Well, if you did, you were probably deeply disappointed and wanted your money back unless seeing Cameron Diaz’ naked butt, and getting a glimpse at her nipples were enough for you.

Personally, I thought this was going to be just as bad as Bad Teacher, which in my opinion was a disgrace for Cameron Diaz, since I am a big fan of her work, especially the work that showcases her acting skills, and doesn’t seem like a role she just accepted because she had no other offers. But, after having the lowest expectations possible, I was actually pleasantly surprised; sure, it could have had a few more funny moments, and the cursing seemed forced at times. But there were some good jokes, it kind of had a “Dude, Where’s My Car” charm to it, and the two leading actors were charming and committed.

Sex Tape is a light weight comedy for a movie night with friends. You can lash out in a conversation and check back in without missing out on anything.

A drip of Truth

A Drop of lies