So this is the second Award I have been nominated for: The Liebster Award. The nomination came from Vinnie, and his Blog features “Movie reviews and anything else that comes to mind”. If you haven’t checked out his very informative and entertaining blog yet, you may do so now: http://vinnieh.wordpress.com/ 😀 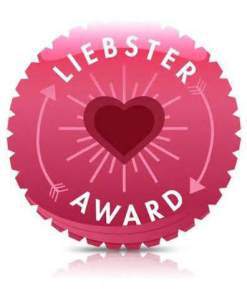 The rules that come with this award are the following:

1. I have been called a Taliban by one of my German teachers, failed her class, and ultimately thanks to her I dropped out of school.
2. Because of a few major bad experiences in school like the one above, I finally learned to toughen up, got my certificate as a Hotel Industry Export, now I go to college in the United States, and have even been on the President’s List last semester. How You like them apples?
I love movies with a strong female character, this probably stems from growing up around the strong and amazing women in my family.
3. Since I am from Germany, it annoys the crap out of me, when American actors are supposed to play a German role, and speak horrible German. Why not picking a real German??
4. My first celebrity crush was Sarah Michelle Gellar. My latest crush probably Jay Hernandez LoL
5. Being half Pakistani I grew up with Bollywood movies and hoped that the world would be like that one day.
6. I like to go on Youtube to get recipes or ideas for a great dinner
7.I find clowns very creepy.
8. I would like to be able to speak more langauges.
9. One of my favourite TV shows ever has to be The King of Queens.
10. A lot of people call me Sam, but I never understood why, so I just go with it.
11. I thought it would be uncomfortable to share personal information but I am actually fine with it.

Questions from the person who nominated me:

1. What film can you watch and never ever get bored with?
I would say Beauty Shop or Wildcats, it never gets old.
2. Which movie character reminds you of yourself?
Maybe Carlos from Crazy/Beautiful? I am a dreamer.
3. If you could travel back in time, which era would you visit?
I was born in the 80 but I would love to travel back and relive them as a grown up.
4. If you could be reincarnated as an animal after your death, what animal would you want to be?
I like tigers, but I don’t like the woods, I also like dolphins but the ocean terrifies me, then I like horses, but having a nose as my head… I don’t know… it is so hard.
5. What was the first movie that really scared you?
I wanna say Pet Sematory
6. If you could work on a film with just one actor or actress, who would you work with?
Sandra Bullock, I love her spirit.
7. Madonna or Lady Ga Ga?
Madonna is the mother, but I really like Gaga, well, but I am not sure about her latest work.
8. Dog or cat lover?
I am allergic to animals with long hair, but definitely dog!
9. James Bond or Jason Bourne?
I could never get into 007, so I would have to go with Jason Bourne.
10. What song best describes you?
According to a test I just took it is I Don’t Feel Like Dancing, by the Scissor Sisters… no idea where that came from. I don’t think any song really describes me because I am too complicated, but I find myself in John Legend’s music.
11. What is your idea of a great weekend?
Go out, drink a good wine or cocktail, watch a good movie, having great company. So definitely socializing but mostly relaxing, I guess.

Questions for my nominees:

1. Which smurf character would you be?
2. If you could change one thing about you what would it be?
3. Have you ever had doubts or regrets about something that you did?
4. What is your favorite movie of all time?
5. If you could make a movie who would be the star of it?
6. What is your favorite color?
7. If you could change the ending of any movie which movie would that be?
8. Sex and The City or The Carrie Diaries?
9. 2013 Miley Cyrus yay or nay?
10.Are you a morning person?
11.Do you rather watch movies at home or at the movies?

I know it is very time consuming but I am sure one of these days you will have time to make a post! 😀